THE WILY WAYS OF WOMEN 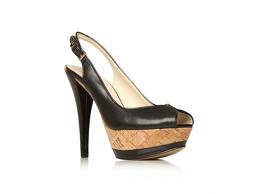 While we can laugh at the bumbling ways of men, we women do not exactly cover ourselves with glory when it comes to the way we interact with each other or with the world in general. Someone once told me that we make the worst enemies! I couldn’t agree more. We can balance malice in our hearts very well with a smile on our lips! We are also supposed to very good at “under hand dealings”! Our methods require careful analysis and the most dangerous thing about them is that like everything else we are precocious when it comes to perfecting them- we start rather young! Much has been written about female adolescent behavior ( those of you who are interested  can read this wonderful book called “Queen Bees and Wannabes” by Rosalind Wiseman. ).

Bullying as we know is very much a part of teenage. While boys indulge in physical bullying which is very tangible and is therefore something against which action can be taken, the methodology employed by girls is very subtle and psychological. There is no way one can point a finger at the perpetrator. While bullying is one side to female adolescent behavior there is also another one that surfaces while  dealing with competition. My daughter has been at the receiving end of the later.

The problem started a couple of days back during the term exams. There is a girl in her class who gets top marks in most subjects ( particularly science and maths). However this child does not do very well in subjects like English, History etc. While my daughter is not exactly the class topper in history, she is considered to be very good at it as well as  English. So what this class topper has been trying to do is to create a situation of a “set up” in the examination hall. During each of those exams she has been trying to whisper and ask my daughter some silly doubts ( “what is the spelling of suggest” being an example). Initially surprised my daughter was wondering why she needed to cheat since she was the class topper. She then worked out that the reason must be to create an environment where it would appear that it was my daughter who was whispering or cheating. This would result in her being asked to leave the exam hall thereby reducing the competition! To say that I was surprised would be an understatement- I was shocked that someone so young could indulge in something so wily! I was not sure though if this was my daughter’s imagination. However I learnt later that this same girl , during a previous class  test in Physics had suddenly asked another girl ( who she considered her rival in Physics) very playfully and loudly “Hey S- cheating huh?”. S was predictably thrown out of the class!

I shudder to think how this girl would shape up as she grows older! 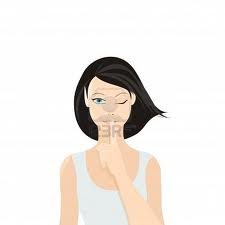 I have often wondered what makes us like this? I mean there are no excuses for such behavior but there must be a causal factor. It is not exactly  encoded in the X chromosome- that I am pretty much sure of !  So if it is not “nature” it must have something to do with the “nurture” part ! Every person is a product of the way they have been brought up. Girls, I realize in our male dominated society are socialized into a situation where they do not get what they want by asking for it directly. They are also expected to exhibit charm, softness and sweetness – qualities that are so intrinsically positive that they probably have no outlet for negative feelings. So what we end up doing is using indirect methods which are very difficult to decipher but which help us in getting to our goals. Besides, much of behavior is also learned. In the case of girls the role model for female behavior is the mother! We behave the way we see our mothers behaving within our family. Our behaviors are also influenced  by whether we have fathers who also expect stereotypical behavior from the women in the family. And if we are in a family where we also have brothers the chances are that we may often have to resort to these kinds of wiles – especially if it is a family that discriminates between boys and girls.

I have thankfully escaped these traits since I come from a family where my father was the only male and my mother a very dominating person. So we have never really seen her resorting to indirect hints or behavior where she says something and means something else. Of course  I suspect she was a different person when she was not married – as she lived in a joint family with a two brothers and a dominating father who would not have tolerated such behavior from any of his daughters.

But my mother in law was a different cup of tea. An extremely beautiful woman who was very highly educated, her mantra in managing her husband was to constantly seem helpless in front of him arousing his protective instincts! She tells me that she had always handed over her pay check to him and never asked for anything other than housekeeping money. According to her own account the first time she entered a bank was after his death! She often used to advise me  to adopt similar behavior while dealing   with her son probably not realizing that both these men were  completely different from each other! I did try sometimes just to test waters but I was told very brusquely to “Stop being a pseudo” and “be yourself”!

Being low on the wiliness quotient also made me rather slow in understanding and interpreting such tactics employed by other women and girls. Where it took me over three decades to understand the behavior of my sex, my daughter I am glad  is able to detect and deal with it in her teens.

There are degrees to false behavior that I see and tolerate among my sex. I see women who give me hugs and air kiss and then draw their knives out. Though I am ready with my defenses I find it difficult to deal with the hugging bit- I would rather hug a good male friend/ colleague!  I see some girls in my daughter’s class do the same- hug each other and some of the moms. I  noticed that where moms are concerned such behavior is restricted only to the mothers of  boys!!! I seriously wonder why? I can’t believe it is because they might want to impress a boy by being nice to his mother or is it because some mothers of daughters would see through such behavior more easily?

As society closes in on the gender gap, I should have thought the current generation of girls would not need to exhibit such traits to get their way- but then there is always the upbringing by parents who seem to have forgotten that we are living in a different world that is moving more towards equality in terms of boys- girls/ men- women!  Many of us women – particularly those who are educated and employed should have the confidence to stand up and fight, ask for what we want or like instead of relying on those age old “weapons of the weak” !